Top Countries by Number of Covid-19 Vaccines per 100 People

How many vaccines are administered worldwide? Which nations administered the most vaccines per 100 population? In this new article, the analysis on the Covid-19 Vaccine as of January 19, 2020.

Italy in eleventh position for doses administered per 100 inhabitants

A few weeks ago started in many countries the vaccination campaigns against Coronavirus. In Italy the first vaccination was carried out on December 27th, coinciding with the European V-Day (Vaccine Day). At January 19, our country is in 11th position in the world for the number of doses administered (first dose) per 100 inhabitants. In fact, on January 19, 2021 in Italy were administered 1.98 doses per 100 inhabitants. In Europe, Italy is one of the first countries surpassed only by Spain, with 2.07, by Slovenia with 2.07, by Malta and Denmark (2.65 and 3.06). Among the first countries of the European Continent – and no longer of the European Union – there is also to be reported Great Britain that having started first and having given the ok to several vaccines has reached a quota of almost 7 inhabitants out of 100.

In Israel, more than 30 out of 100 people have received their first dose of the vaccine.

How are other nations doing? In the lead with the highest number of doses administered we find Israel. This state has in fact exceeded 31 doses administered per 100 inhabitants. A figure higher than Italy by more than 15 times. Israel since December 19 has launched a constant vaccination campaign. Behind Israel we find the United Arab Emirates with a value of more than 20 inhabitants per 100 and in third place Bahrain with 8.39 per 100. It is interesting to note that all 3 first countries are part of the continent from which the Coronavirus originated: Asia.

The evolution of the first 40 nations as of January 19

In the table below you can see the evolution of Covid-19 vaccinations by nation. Unlike the video this table shows the top 40 nations as of January 19, 2020. 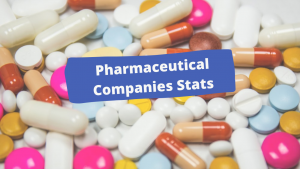 Global pharmaceutical market revenues are growing steadily. From 2001 to 2020, the figure is estimated to have risen from 390.2 billion to 1,265.2 billion in 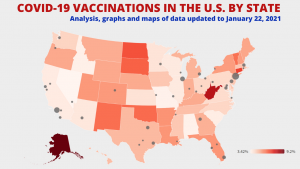 COVID-19 Vaccinations in the U.S. by State