Major League Baseball, more simply called MLB, is a professional baseball league. Due to the high quality of its players and teams, it is considered the number one league in the world. In terms of history, the MLB is the oldest of the various professional sports leagues in the United States and Canada. It was founded in 1903 through the merger of the National League, created in 1876, and the American League.

In today’s article we will analyse, thanks to data from the database https://www.baseball-reference.com/, all home run data year by year. We will look at the data from 1871 until 2021 (last available data) with some insights. Top Players for Home Runs – MLB – 1871/2020

Let’s start with the first data. Who are the 10 players with the most home runs in 2021? Barry Bonds leads the list as of 2021. The former US left fielder played the first six years of his career with the Pittsburgh Pirates before moving on to the San Francisco Giants. With 762 home runs from the beginning to the end of his career he is the leader of players in the world with the most home runs. Bonds’ record was set on August 4, 2007 when he tied Hank Aaron’s record first and then, on August 7, hit the 756th home run of his career. Bonds retired right at the end of the season that year with the record, still unmatched, of 762 home runs.

In third place is Babe Ruth. The player born in Baltimore in 1895, with 7 World Series wins and 1 American League MVP, held the record for the most home runs for many years. Ruth ended his career with 714 total home runs. In 1927 he even hit 60 home runs in a single season.

We have seen and analysed, albeit briefly, the data from Bonds, Aaron and Ruth. In this statistic, however, I would like to show you the data of the Top 50. To be in the top 50 players with the most home runs in history today you would have to surpass Cal Ripken Jr. Ripken has, in fact, hit 431 total home runs in his entire career.

To get into the top 20, however, you have to hit more than 521 home runs. That number is currently occupied by three players. Willie McCovery, Frank Thomas and Ted Williams. This trio occupies the 20th position. Finally, to get into the top 20 you have to pass Frank Robinson (with 586 home runs). In the top 10 we find Albert Pujols who in the last year has hit 15 HR’s thus raising his total.

If in the previous charts and videos we saw historical data, from 1871 to 2021, which players hit the most home runs in the 2020/2021 season? To answer this question below is a table of the top 50 MLB players by number of home runs. For the complete data with all statistics here is the link: https://www.espn.com/mlb/stats/player/_/view/batting/table/batting/sort/homeRuns/dir/desc

In the 2020/2021 season the player who hit the most home runs was Shohei Ohtani. Ohtani, a Japanese player who currently plays for L.A. Angeles, hit 41 homeruns last season. After being designated as the American League Rookie of the Year in 2018, he was also named as an MLB All-star in 2021. In second place for the number of home runs are Salvador Perez and in third place Vladimir Guerrero with 38 and 36 home runs respectively. Perez, a Kansas City Royals catcher and Venezuelan national has hit 152 home runs this season since playing in the MLB.

In the link you can find the different sources used in the article. These range from baseball reference to ESPN.

To see the full video:
To read other sports-related articles: https://statisticsanddata.org/topic/sport/?post_types=data 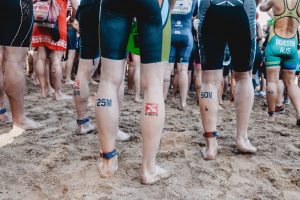