Thanks to the TV show “Queen’s Gambit” and the heavy use of Twitch (on all of Grandmaster Nakamura’s channel) chess is experiencing very strong growth. After the pandemic-which stopped tournaments at classical cadences-but which saw a lot of development in online play, long-standing games are back in 2021 and 2022. In fact, a few months ago the World Chess Championship was held from November 24 to December 12, 2021. Enjoy reading about “best chess players of all time.”

A challenge that saw Magnus Carlsen triumph against Ian Nepomniachtchi by 7 1/2 to 3 1/2. Carlsen was thus confirmed as world champion-as well as the player with the highest FIDE score. In today’s article we are going to analyze from 1967 to the present day which are the strongest chess players according to the ELO Fide score.

The ELO scoring system as we know it today was adopted by the International Chess Federation (FIDE) only in 1970. Prior to this model, the scoring calculation was different. In fact, the U.S. Chess Federation had adopted the Harkness model in 1950 and did not adopt ELO until 1960. The first scoring system is traced back to 1939 and is that of the Correspondence Chess League of America. Net of these variations, it is interesting to see how scoring has varied from at least the late 1960s to the present.

But who are the 10 best chess players of all time? According to the available ELO Fide score and the May 2022 update, the strongest player in the world is Magnus Carlsen. The current world champion-confirmed in 2021-currently has a classidc cadence score of 2864 points. The gap to the second in the world – Ding Liren – is definitely wide. It is in fact 58 that divide Carlsen from Ding Liren. In third place, on the other hand, we find Firouzja – recently passed over with the rancese national team – who has a score of 2804 points. Next among the highest scoring players are Caruana with 2792 points, former title challenger Ian Nepomniachtchi with 2773. This is followed by Aronian, Giri, Wesley So, Mamedyarov and Grischuk who closes the top 10 with 2764 points.

We have seen that Carlsen is currently not only the world champion but also the player with the highest FIDE rating. But what were the 10 strongest players ever? By “strongest ever” this time we mean with the highest score ever since FIDE scoring has existed. At the top of the ranking we again find Magnus Carlsen. In fact, on April 21, 2014, the Norwegian player reached 2889.2 points. A record score that not even Kasparov has ever reached. Gerry Kasparov in fact stopped at 2856.7 points on March 3, 2000. Kasparov currently has an ELO Fide score of 2812 points but is inactive due to not having played tournaments for many years. In third position among the highest scoring players is Fabiano Caruana. Caruana reached his record on October 8, 2014 when he was still a player who was a member of the Italian Chess Federation. Fabiano in fact had reached 2851.3 points.

In the ranking of players with the most points in FIDE history, there are 15 players in the world who have exceeded 2800 points. They include the well-known Hikaru Nakamura, who had reached 2819 points in August 23, 2015. Among the strongest players in the world are also Kramnik, who recently retired from chess – although he continues to train – and in 15th position we find instead Firouzja who on Dec. 1, 201, reached his record of 2804 points. In 21st position we also find the very great player Fisher who had reached 2789.7 points on August 4, 1972. Obviously Fisher’s score is lower than many other players because in those years on the one hand there were fewer tournaments than today and also the average score was lower.

For those more interested in chess history, I have made this chart showing the top positions in the world from 1967 to 2022. As you can see the players who contended the most for the top positions over the decades were the aforementioned Fisher and later Spassky. Then for years the reign of the world’s strongest player was contested between Kasparov, Karpov, Anand, Kramnik, and for a few years Topalov. In the first decade of the new millennium it was Carlsen’s time, who has been leading the ranking of the world’s strongest players for years now and who-as we have seen-almost managed to reach 2900 FIDE points. 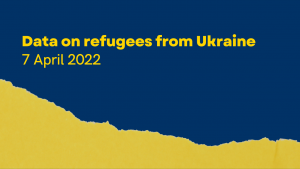 The war between Russia and Ukraine is causing a humanitarian crisis. Many people are leaving the country to escape the war. But how many refugees