What are the most widely used and popular database management systems (DBMS) in the world? How have they evolved since 2006 and which are the 10 most popular? In today’s article we are going to analyze the most popular databases from 2006 to 2021. The data are monthly and refer to the TOPDB Top Database index. The Most Popular Databases – 2006/2021.

What is the most popular database in the world in 2021? According to DB-Ranking data Oracle is the top database. In fact, with a value of, 30.2% Oracle is in first position. It is almost twice as far behind MySql which has a value of 16.65% and in third place is SQL Server with 13.21%. These first 3 databases, if added together, have a value of over 62% of the total. In fourth place we find Microsoft Access with about 9% and from fifth place onwards we see databases with a value of less than 5%.

The interesting fact about Oracle is that it has a similar percentage value as it did 15 years ago. In fact, in May 2006, Oracle had a value of 31.8%. In second position was MySql with 24.5%. These two databases, in 2006, alone reached a value of over 55%. In third place, in 2006, was Microsoft Access. Microsoft Access dropped from 17.6% in 2006 to 9.07%, almost halving its worldwide popularity. SQL Server has gained one position over time, although it has maintained its value at around 13%, it has overtaken Access.

In May 2021, the top database, according to DB-Engines Ranking, is still Oracle. Oracle is followed by MySql with 1236 points and Microsoft SQL Server with 992.66.

In this case the first 3 positions remain the same. At the first place we find Oracle, with a score of 1321.73, at the second MySql with 1254.83 and at the third Microsoft SQL Server with 1015. Already in fourth place we see how the ranking changes: according to DB-Engines the fourth most used database in the world is PostgreSQL which has a value of 549.29.

To give another interesting example, while in TOPDB Microsoft Access is in fourth position, in DB-Engines Ranking Access is in the top position with a value of 118.14. 1/10 compared to Oracle. (To learn more about how DB parameters are calculated here is the link: https://db-engines.com/en/ranking_definition).

The databases that have grown the most in the last year

But among the 50 databases, which ones did better in the last year and which ones did worse? Let’s start with the positive data. Growing strongly were Microsoft Azure SQL Database, PostgreSQL, Mongo DB and Snowflake. These 4 dabatases grew from 35.44% for Microsoft Azure to +20.77% for Snowflake. Among the databases with good growth we also find Google BigQuery, Redis and Amazon DynamoDB. In this case, growth ranged from +8.51% for Big Query to +6.38% for Amazon Dynamo.

The table I created above with data from DB-Engines Ranking (links to official data here: https://db-engines.com/en/ranking) is interactive. You can in fact view the values for the different columns.

I used several sources including TOPDB and DB-Engines Ranking to produce this article. You can find all the sources within the article itself.

To read another article on the world’s best-selling consoles: https://statisticsanddata.org/data/best-selling-consoles-in-history-1972-2021/ 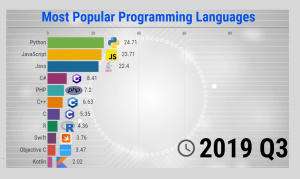 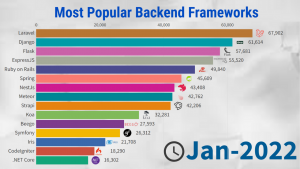 With 2022 also comes new videos and new analysis. In fact, in this new article we analyze the Most Popular Backend Frameworks (2012/2022). That is

What are the most educated nations from 1870 to 2017? This new article examines the nations in the world that have the highest average number 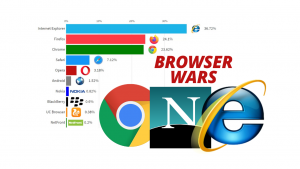 What is the most widely used browser in the world? If you are looking for the answer to this question, you have come to the