After analyzing a few weeks the world’s highest paid athletes, in this new in-depth look at the data for NFL teams. Which NFL teams are worth the most? In today’s article we will analyze this data. The data is based on Forbes’ latest ranking of the NFL’s most valuable franchises. Most Valuable NFL Teams 2005/2021

Forbes released their list of the NFL’s most valuable teams in 2021 a few weeks ago.

As you can see from the video, the Dallas Cowboys are for the 15th year in a row the NFL franchise with the highest absolute. Despite the pandemic and difficult years, the Dallas Cowboys have a value in 2021 of $6.5 billion. In second place in this special ranking are the New England Patriots. The team coached by Bill Belichick has a value of $5 billion. In third place on the podium are the New York Giants who have a value of 4.85 billion.

We have seen which are the 15 NFL teams with the highest value in terms of dollars. In the table below, again thanks to the parameters provided by Forbes, we will see not only all NFL teams for Current Value but also several parameters. The first of these is the percentage change from 2020 to 2021. If we order the teams by this parameter we will discover that the team that has had the greatest increase in percentage terms is the Tampa Bay Buccaneers. With a variation of +29% in fact the value has definitely increased in the last year. In second place among the teams that have had positive changes we find the Washington Football Team with +20% and then with the same value Los Agneles Rams with +20%.

The teams that had a lower variance than the others, but still positive (counting that in 2020 we were in the middle of the pademia) are: San Franicsco 49ers, Las Vegas Raiders and Atlanta Falcons. These teams had a variation between 10 and 11% positive.

If we sort the rankings by 2021 revenue, the data changes. Remaining in the top two positions are the Dallas Cowboys and the New England Patriots. Respectively with $800M and $478M. In third place we find the Los Angeles Rams who have $422M in Revenue in 2021. But in fourth place we find the Houston Texans who are 11th in total value. In fifth place are the Las Vegas Raiders who are 16th in the total ranking as “current value”. In short, depending on the parameter we analyze things can change. Most Valuable NFL Teams 2021

I used several sources for the article and the video, including Forbes. Forbes in fact publishes annually, since 2005, the data of the NFL teams with the highest value.

If you liked this article, I recommend you read this one: https://statisticsanddata.org/data/top-15-nfl-passing-yards-career-leaderss-year-by-year-from-1932-to-2020/ 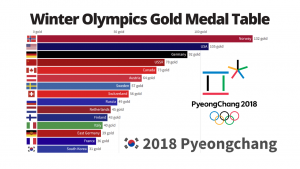 The 24rd edition of the Winter Olympics is just around the corner. The Olympic champions of skiing, skating, snowboarding, hockey and many other sports will 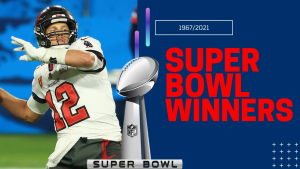 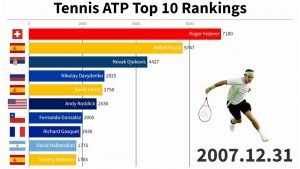